India is one of the most diverse countries in the world, home to almost all religions, hundreds of castes and communities, 22 official and 1652 unofficial languages. The constitution mandates absolute equality for all. No one, even those living in the most remote areas, can be denied from exercising their democratic rights.
In 1952, when the Constitution of India was promulgated, the illiteracy rate was 84%. The foremost concern was that no one, particularly those who couldn’t read, should be left out of voting. Coloured ballot boxes for each candidate were introduced. These were later replaced by a single ballot box with ballots that included names and symbols for every candidate. This ensured that illiterate voters could easily identify the candidates of their choice.

However, during this time there were many invalid votes. Many illiterate voters simply left the ballot blank. Others stamped ballots in the wrong place. Too often nerves got the better of many voters and their trembling hands would inadvertently leave ink smudges, rendering their ballot invalid. Often these invalid votes would add up to thousands – more than the winning margin. What’s more, almost every invalid vote was disputed by political parties, often leading to violence. 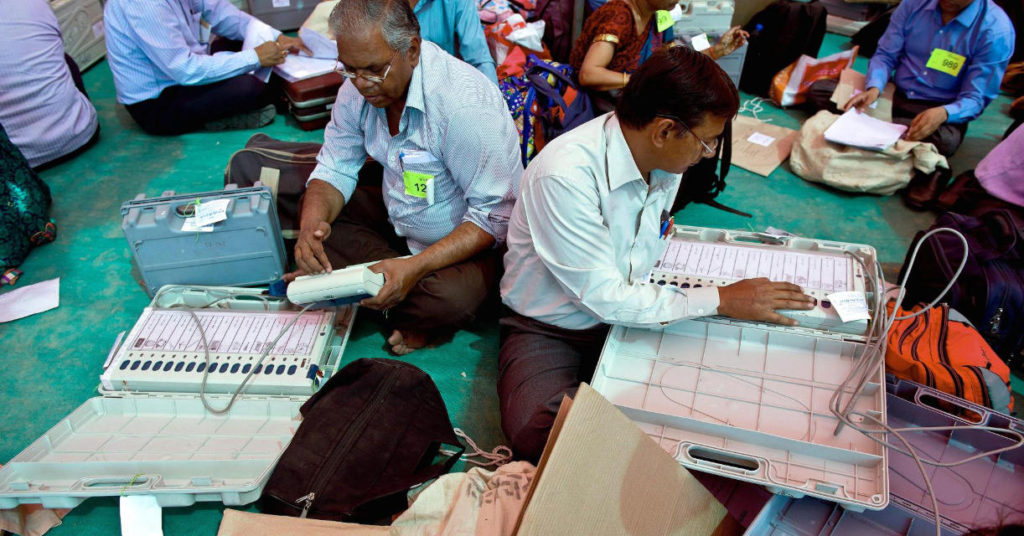 The introduction of voting technology consigned such chaotic scenes to history. Quick and accurate counting and smooth declaration of the results has revolutionized the way elections are conducted.
When the Election Commission of India (ECI) launched the idea of Electronic Voting Machines (EVM) in 1982, many skeptics questioned whether technology would discourage illiterate voters. The opposite was in fact true – empowering illiterate voters was the primary reason for their introduction. The EVM machines removed the possibility of invalid votes in many ways. Voters now simply press a button to choose their candidate — no more shaking hands and invalidating of votes. Instead, voters receive instant confirmation through a light turning on to indicate their chosen candidates. A loud beep confirms that the voter’s ballot has been registered. People with disabilities also benefited – for example the inclusion of Braille on the EVMs allows visually impaired people to vote easily. The introduction of these machines meant that turnout started increasing. 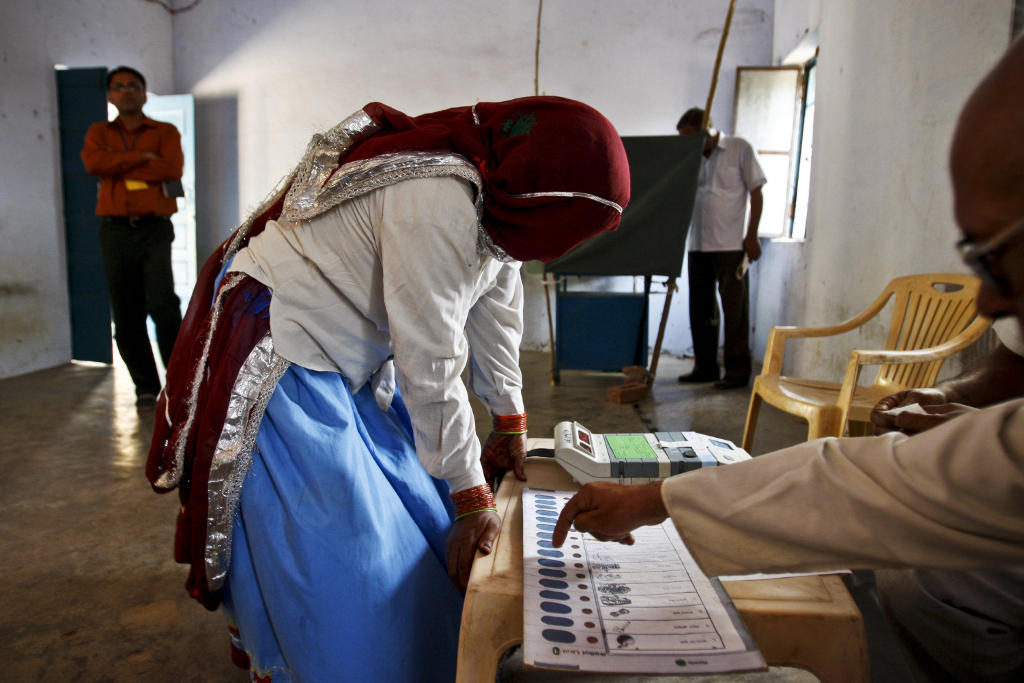 Recent elections have seen the highest turnouts in history. The most underdeveloped states with the highest illiteracy rates have seen dramatic surges in voter participation. The introduction of the Verified Voter Paper Audit Trail (VVPAT) capability in 2012 further increased people’s faith in the electoral process and is expected to give a further boost to participation.

Technology has also helped improve voter registration. Online registration has encouraged young people to register, including even those who were indifferent to voting. Simultaneously, election officials use technology to monitor the movement of people and materials during elections and to keep track of processes, making their jobs a lot easier.

As well as transforming the actual running of elections, technology is also revolutionizing voter engagement and even influencing the results. The Internet and Mobile Association of India estimates that a well-executed social media campaign can swing 3-4 % of votes(V).

Mobile telephones and social media have given political parties and candidates an opportunity to reach out to voters. In 2014, the technology industry noted technology’s decisive role in determining the outcome of a national election. Some went so far as to call social media the new election “battleground”. Adam Sharp of Twitter described it as the country’s first Twitter election with “candidates, journalists and citizens using the Twitter platform to discover election content, converse with others in real time and express their views”(VI).

A forerunner of this was the member enrollment strategy of the Aam Aadmi Party (AAP). The AAP gave the people a phone number on which to make a “missed call”. This was used to create a super-quick database of 9.8 million phone numbers with whom the party could communicate directly.

Though the AAP may have started the trend, the party that used new social media most powerfully was undoubtedly the Bharatiya Janata Party (BJP). “The social media effect was huge for BJP. They really understood that social media is an extended version of the campaign trail”, remarked Michael Kugelman of the Woodrow Wilson Centre(VII).

With its so called ‘carpet bombing’ of mobile phone users, the BJP used multiple social media networking platforms, including Facebook, Twitter, YouTube and Whatsapp, to stay connected with existing and potential supporters. Arvind Gupta, head of the BJP’s information technology unit stated: ‘the youth of the country were embracing social media as their first tool when they started using the internet and we made sure our presence was there’(VIII). 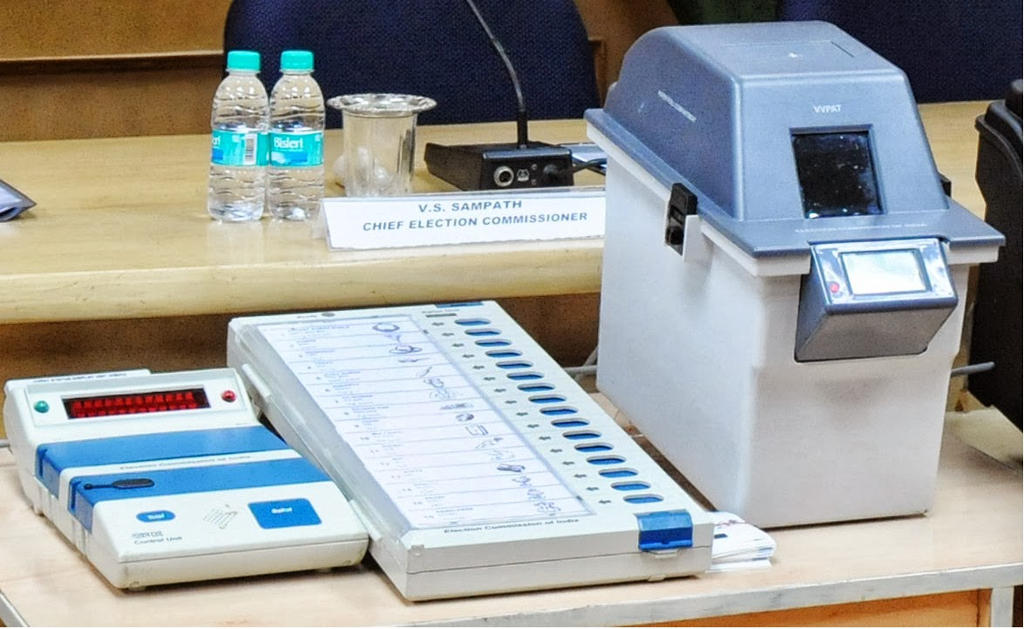 It’s now abundantly clear that elections will never be the same again. Technology will rule– both in the run up to the vote and at the ballot box itself.
Smart electoral management bodies who are quick to realize this are the ones reaping the fruits for them and their citizens. The Election Commission of India has been at the vanguard of this technological revolution. I have no doubt it will continue to do so and that can only mean more benefits for the world’s largest democracy.